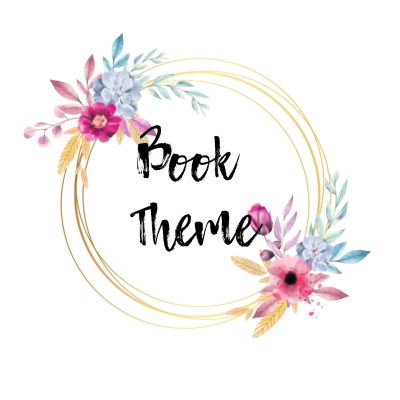 If you’re a regular reader then you’ll know that every month I do a post based on the choices of a Goodreads group called ‘Play Book Tag.’

The group votes on a theme and then readers discuss, recommend and review books that fit.

Because May is the month of Wyrd & Wonder I’m choosing to deviate from the groups choice of ‘Comedy’. Comedy is a theme that I’m going to put on my ‘future’ list because I would love to get my teeth into that but, as Wyrd & Wonder is all about fantasy, it made sense that the Book Theme post was…. well…. Fantasy.

Not that Comedy and Fantasy can’t smoosh themselves together mind you. Those two genres have actually managed to do that quite well.

I need to state that I could easily make this post about 10,000,000 words long. Fantasy is my genre. I watch it, read it and write it. Nothing appeals to me more.

If you were to ask, ‘What do you love so much about Fantasy?’ I wouldn’t be able to pinpoint any one thing. Ultimately, I believe that people like what they like and there doesn’t have to be a rationale behind it.

Some may argue that it’s an escapist genre because Fantasy is so far removed from what daily life resembles. I agree and disagree.

I agree because where I live, we don’t have a dragon problem or a goblin infestation and no one is getting letters requesting their attendance at prestigious magic schools.

But didn’t I also say that I disagree with the argument that Fantasy is escapist?

That’s because Fantasy lends itself beautifully to metaphors.

I’ll try and explain the best I can with an example. The Real World can be a cruel and harsh place. Not all the time, but we can look at historical events and current world affairs and see things that we find so disturbing that our minds are unable to fully compute the suffering that people have experienced and continue to experience.

These thoughts distress us and so we distance ourselves from the issue.

But on some level we have the need to understand and possibly ‘rectify’ humanity’s behaviour, good and bad, but without necessarily assigning humanity to it. We then dress up real life in its Fantasy gown and it turns into something different.

Some of us need Fantasy to help comprehend our world in a way that won’t damage our psyche.

Is it about the extreme fantastical? Mutants with superpowers, wizards and witches, elves and fairies and mermaids?

Here I go again, sitting on the fence. Yes. No. Sometimes, but not always.

Often Fantasy will have elements of the supernatural and yes… a special ingredient – magic.

To borrow from Wikipedia, Fantasy is a genre that allows for ‘changing the natural laws of reality and history.’ While Science Fiction (Fantasy’s cousin) asks, ‘what if?’ and applies technology, Fantasy asks the same question and then applies magic (sometimes).

Now, magic is a special ingredient but it’s not the prerequisite for something to be considered Fantasy. Fantasy without magic is still Fantasy.

To be honest, good writing is the special ingredient.

Hey, do you remember three seconds ago when I said that some stories take the Fantasy blueprint and discard it? Do you also remember when, at the beginning of this post, I mentioned Comedy and Fantasy smooshing together?

What I find wonderful about Fantasy is that the main archetypes and tropes can be subverted in any which way. Magic and its creatures can be thrown out completely and Fantasy as a genre can be paired seamlessly with another.

Yes, that includes Comedy. If you haven’t heard of the Discworld series by Sir Terry Pratchett which is just the most epic example of Comedy Fantasy, then I’m not sure where you’ve been.

There are a lot, and I mean a lot, of Fantasy sub-genres. I could try and list them all with explanations and examples but at some point you would probably like to stop reading this post.

For the sake of all our sanity’s here is a mind map of just some sub-genres and some examples within.

A piece of work doesn’t always fit into one sub-genre and stay there.

Something can be both comic and Gaslamp or urban and dark. There may be overlap of tropes or archetypes that mean a piece of work could be categorised as Urban Fantasy or Paranormal Romance. The latter is just sliding itself into the romance gang with a raise of its eyebrow and a cheeky, ‘Don’t mind if I do.’

Don’t get me wrong, you’ll find readers arguing until the end of time over the genre of certain works. Personally I think sub-genre doesn’t matter so much as long as the story is being told.

I could write an entire blog post on this question alone but I won’t.

Literary scholars have spent years researching questions like this and have PhD’s after their names for their efforts. Anything I add is going to be the equivalent of me picking up a crayon and drawing a smiley face. 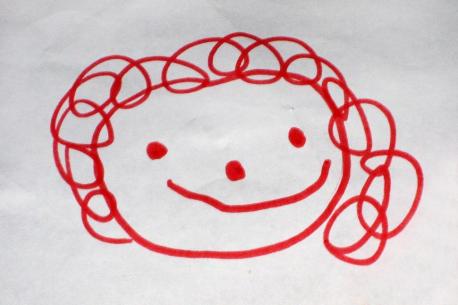 But, if I were to chime in with my two pennies it would be this:-

Every culture in history told stories. Before we wrote the words, we were able to speak them. These stories would be an way of communicating important information.

Now we may see these stories as a form of entertainment but once upon a time (stealth pun *wink*) they served to provide advice and convey warnings. Red Riding Hood may have been adapted over and over until we call it a fairy tale but it was once an instructional.

In essence, what was once guidance from experienced members of society became folklore.

The interesting thing about folklore is that while there are distinct cultural differences, there are a lot of similarities for stories that were told across the world when the world had no way of being connected.

For example, every culture seems to have its version of the witch. In the times when the dark rolled in and people sat close while the fire burned low, they told each other about people that could harness power beyond what was feasible for humans. What they could do with that power was either a cause for reverence or fear.

Cultural perspective on the story became a branch but the core element itself – the witch – remained the root.

Of the folklore we have; English, Cornish, Gaelic, Greek, Roman, Norse, Islamic, Asian, Native American, Slavic and African. I’m pretty sure there’s loads more. Name a country and they have a rich story telling history.

Eventually, what was a belief akin to religion became fictionalised. Some of the elements have wormed their way into cultures as superstitions that make us uncomfortable if we don’t abide by the folklore rules. Other times we take elements from those tales and turn them into stories where the sole purpose is entertainment.

Lord of the Rings, that ‘ol Fantasy blueprint is not without it’s foundation in religion or myth. Neither are many more things.

I could go on for another 12,000 words and even had a whole section on ‘Literary Fantasy’ planned which was me raising an eyebrow at literary snobs who think Fantasy as a genre is the equivalent of dirty bathwater.

It was essentially ending with ‘my dudes, Shakespeare wrote Fantasy. Don’t know what you think Midsummer’s Night Dream and The Tempest was about’.

Also, for the Book Theme posts I usually include some examples of books (but I feel I did that in my mind map) plus discuss what is popular and what are my favourites. Again, in a way I think I did the ‘popular’ one as those made up the bulk of the book examples to begin with.

As to what are my favourites, well I hopefully have discussed this on my blog before and hopefully will discuss on my blog for many posts to come. However if you want to know what’s pressing on my mind right now, pop into the comments.

I would also love to hear your thoughts on all things Fantasy and anything in particular you enjoy.

If things go to plan, my next Wyrd and Wonder post should be a Fairy Tale Friday on The Necklace of Princess Fiorimonde.

One thought on “Book Theme – Fantasy”