The people living in it, that’s who!

This week Shanah @ Bionic Bookworm’s Top 5 is all about dystopian books. This genre went through a massive trend a good couple of years ago and though publishers appear ‘over it’ as I would say in my non-professional opinion; “I proper love it”.

My very first blog post in the Book Theme series was on Dystopian Fiction and if you are so inclined you can check it out here.

There will be some overlaps!

If you’re a regular follower of this blog then you know The Hunger Games often makes an appearance. Of course I had to include this on the list because this is the book that in recent history drove the trend for YA dystopian and paved the way for books like Divergent and The Maze Runner.

What makes it a dystopian society? Multiple districts living in poverty and starvation. Then there’s the small matter of a televised show where children battle to kill each other for the entertainment of the elite.

The Handmaid’s Tale is another book that features on my blog with regularity. It happens to be one of my favourite books of all time and definitely fits the criteria of dystopian to disturbing (and disturbingly realistic) levels.

What makes it a dystopian society? Society as we know it has been overthrown by religious zealots who have taken doctrine far too far. The environment has also been rendered toxic which has resulted in problems with fertility. The solution? The complete and utter subjugation of women resulting in government sanctioned rape for baby making purposes. 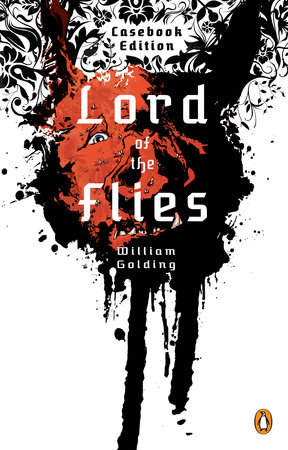 A book that I read in my school years which I would consider a micro dystopian.

The dystopian setting isn’t society as a whole but an island where we follow a group of schoolboys who have survived a plan crash. There are no adult survivors. We watch chaos descend.

What makes it a dystopian society? The breakdown of any sense of order and the regression of the boys into an ‘us’ and ‘them’ state. Add some paranoia and you get deaths and increasingly animalistic and destructive behaviour with the rational members fearing for their lives. 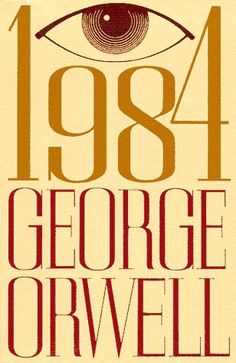 For me, 1984 is the dystopian novel and it’s the first book I think about if you were to say ‘dystopia.’ It’s a chilling story which has clearly stuck with a lot of people and many of the terms used in the story have found its way into daily use.

What makes it a dystopian society? Big Brother is watching you…

What makes it a dystopian society? Does post-apocalyptic settings not scream dystopian enough for you? The world has gone wrong and people don’t live, they just try and survive. All our protagonists have is each other and the long road that they’re walking with the hope that they’ll find something better.

Dystopian’s aren’t exactly known for being uplifting in nature and can often present a rather bleak view of humanity but most of the time they try and present a glimmer of hope that the best of people and society will come through.

Not always though. But I don’t want to give away spoilers 😉

Let me know your thoughts on the above and what your favourite dystopian’s are!

I got *very* excited because I ordered myself a book cart to sit in my conservatory (aka the reading room) to house my TBRs and it arrived today.
As much as reading is a hobby I enjoy *so so much* occasionally I get to the point where I enter a massive reading slump.
It’s Valentine’s Day so thought I would try and find a romantic book to share for the occasion.
Much like Dorothy was no longer in Kansas, we are no longer in January. But I did read this in January so huzzah!
One of my goals is to clear my unread or ‘TBR’ bookshelf as much as possible before buying any new books.
It’s been a while so here is a Willow Wednesday.