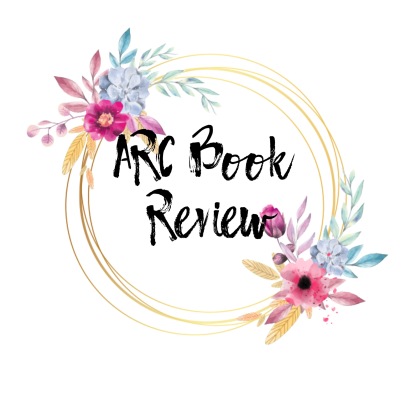 London. 1850. The Great Exhibition is being erected in Hyde Park and among the crowd watching the spectacle two people meet. For Iris, an aspiring artist, it is the encounter of a moment – forgotten seconds later, but for Silas, a collector entranced by the strange and beautiful, that meeting marks a new beginning.

When Iris is asked to model for pre-Raphaelite artist Louis Frost, she agrees on the condition that he will also teach her to paint. Suddenly her world begins to expand, to become a place of art and love.

But Silas has only thought of one thing since their meeting, and his obsession is darkening . . .

At the time of writing this review Goodreads have rated this as 3.87 out of 5

I received a copy of this ARC from NetGalley in exchange for an honest review.

This book broke my reading slump! Thank god, because I was beginning to worry (in my over dramatic way) that I would never end up reading another novel ever again.

Well panic over, because The Doll Factory with its strange and disturbing but ultimately well written tale of love, obsession and independence won me over. I’ve also said before, and I’ll say again, that I have discovered that I have quite the ‘thing’ for Historical Fiction.

In this story you get to see both those things and while the setting isn’t the focus of this story, the context and the social world the characters inhabit explains so many of their actions.

This book is the story of Iris wanting to break free from the mold she has been cast in. Iris is a vibrant, willful and resourceful woman who wants more from her life than a lifetime of drudgery. In her heart she is an artist and, determined to be the mistress of her own fate, she takes an opportunity to change her life.

That’s the thing with Iris – she’s painfully aware of the limitations society has put on her and how she can’t outrun being female in a male dominated world but that doesn’t mean she won’t try to get her best life.

What follows is a story of independence, growth and love told through Iris’ eyes and her personality really comes through in this story for me; her love and frustration at her twin sister, her desire to grow as a painter and her desperation to become skilled at it, her social nuance at navigating a world of middle class artists, her fond affection for Albie and the passion she has for Louis.

To me Iris felt like a fully flesh and blood woman and it was easy to see why the love story blossoms at the core of this book because honestly, how could I not love Iris? How could I not love Louis either? He’s fun, frivolous and romantic and is willing to learn about the world and society he inhabits through Iris’ eyes.

‘What a charming and delightful love story’ you’re probably thinking. Yes… about that.

This story is told through the POV of three characters; Iris, Albie (our lovable yet tragic street urchin figure) and Silas.

Albie shows us a horrible side to Victorian society if you’re one of the lower social classes. He pretty much represents Oliver Twist if Oliver Twist never caught a break. He is also the link between Iris’ viewpoint and that of Silas’

Ah holy heck. Silas. It’s this element of the story that turns a rather sweet, love story into a tense psychological thriller that really ups the ante towards the end.

A chance encounter between Albie, Iris and Silas may have given Iris the beginning to a new life and new love but unfortunately it also introduced her to Silas.

Silas, is our truly disturbing antagonist who genuinely believes he is the hero of his own story.

In some ways he would almost be a pitiful creature; someone who is mocked and looked down upon by his social ‘betters.’ In a point of contrast between him and Louis we see their different versions of art; Louis, a member of the Pre-Raphaelite Brotherhood who wants to paint Renaissance tales and Silas, an ‘artist’ of taxidermy who thinks he has more talent than he actually does.

I said ‘almost’ because any sympathy evaporates the longer you spend in his head.

The other point of contrast between Louis and Silas is that Louis sees and loves Iris for the person she is whereas Silas’ views her as an object and one that he craves rather desperately.

This is what makes this story about love vs. obsession with Silas’ increasing fixation and stalking building the tension while Iris flourishes unawares. Because we get to see the obsession escalate from Silas’ POV we understand how disturbing and dangerous he is becoming.

Living in Silas’ head is an uncomfortable experience and there are scenes of animal cruelty that I admittedly skipped over. I understand their reasoning – to show how unhinged and dangerous Silas was but they were graphic in nature at times and I didn’t want to read that level of detail.

Overall though I think the juxtaposition between Iris’ life and the tense anticipation of the inevitable was done very well. You know something bad will happen but you don’t know when and you don’t know what. All you can do is hope that Iris is just as strong and resilient when it does.

For me the overwhelming theme of this story is one of freedom and person-hood, especially of ‘woman as person.’

Silas doesn’t see Iris at all. Sadly Silas’ viewpoint of women is warped and while Iris is aware that women are objectified and mistreated she remains painfully unaware that she has become the target focus of a man who objectifies and mistreats.

I mentioned at the beginning that nothing screams out social injustice and inequality like stories set in Victorian London but if I’m honest, when I write about the nature of Silas I think to myself that some of our attitudes aren’t as antiquated as we think.