Hello everyone. Can you imagine that I am greeting you in a calm and rational manner?

BECAUSE THAT IS NOT WHAT IS HAPPENING!!!!!!

*Holds back screaming in people’s faces*

Can I remind you of the time that I went to a Halloween party dressed as Harry Potter? Yep.

Shannah @ Bionic Book Worm has themed the Top 5 Tuesday for February and it’s all about Harry Potter.

Interpretation of how to do this has been left up to bloggers.

I’ve gone with 5 characters from other books that I think would belong in Gryffindor.

Not all characters have every single trait but I’ve tried to place them where I think the majority of their traits will end up.

They are experience oriented, honest, practical, blunt, passionate, playful, funny, trusting, idealistic, stubborn and procrastinators. They live in the moment, don’t take themselves seriously, are wary of manipulators and liars, have a strong moral center, and are unafraid to seize opportunities and make changes. 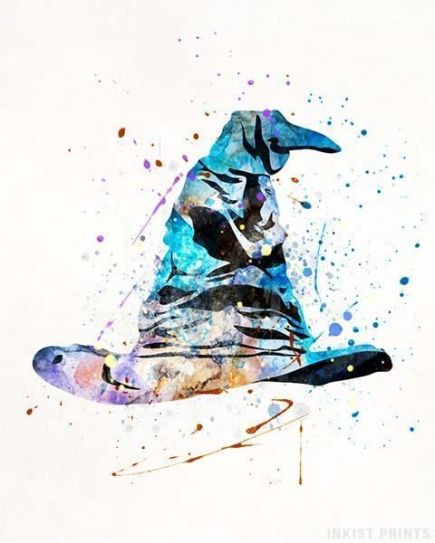 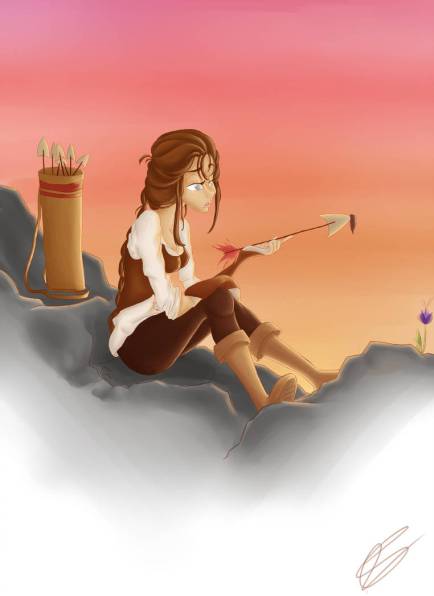 Nope. It’s only a problem if it impedes the quality of my life.

Katniss (from The Hunger Games if you didn’t know) appears a lot doesn’t she?

Well here she is again.

Katniss is a practical person, using her archery skills to survive in her starving district and the arena but despite this level of practicality and the outer surface of Katniss appearing to be unemotional she is an incredibly emotional, self sacrificing person.

She’s so honest that trying to get her to lie about anything is impossible (she’s rubbish at it anyway) but she’s so stubborn that she would probably refuse to anyway.

Katniss has a strong belief in what is right and wrong and is driven by the desire to protect those she believes suffers although as a Gryffindor she may be wary of liars and manipulators, her very nature of being trusting means she is easily taken advantage of by those less well meaning than herself.

It’s easy to think that Jo March from Little Women is a Ravenclaw, after all she is intelligent, inquisitive, creative and witty but I’m putting Jo in with the Gryffindor’s because frankly… she’s too passionate and stubborn for Ravenclaw.

I’m not saying that Ravenclaw’s can’t be passionate and I’m not saying Gryffindor’s can’t be intelligent and creative but Jo is too temperamental to fit properly into the Ravenclaw house and her emotions, which run close to the surface, can get her into trouble from time to time. She’s a woman who knows what she wants and sets out to achieve it but only if she feels its the ‘right’ way. 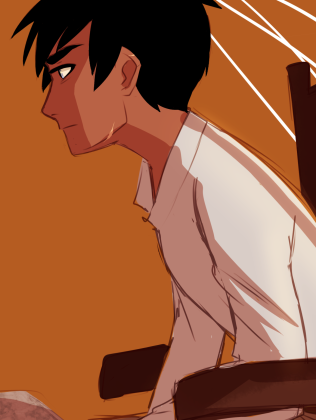 Arin from The Winner’s Trilogy is incredibly stubborn but then he has to be because he’s got to stick to his plan. His country was overtaken and his people became slaves. There’s no way that he’s going to sit back and do nothing.

He’s passionate about the cause, his family and even Kestrel, unwilling and unable to push her out of his heart even though he knows he should. Sometimes this passion causes him to be hot headed and he can rush into situations without thinking or listening even if he’s well meaning.

I bang on about The Bartimaeus Trilogy a lot and that’s because I don’t believe it gets enough love.

Kitty joins the resistance, starts to steal magical items (for the greater good), goes toe to toe with magicians and djinni and crosses to the other place as a ‘gesture’ to prove that humans and djinni can live in harmony. Is this isn’t Gryffindor I’m really not sure what is.

Scarlet from The Lunar Chronicles throws herself into life. Whether that’s running the family farm, trying to track down her missing grandmother, joining forces with a band of misfit rebels or falling in love and beginning a relationship with a man who has been genetically engineered with wolf DNA.

She, like the others on this list, has a stubborn streak but she, like the others, has a heart of gold. The hot headed, passionate nature can sometimes get her into trouble but once she’s part of something she’s part of it all the way. Scarlet can’t stand to see anyone suffer and will willingly put herself in harms way to deflect the attention.

What a gal, what a Gryffindor.

Here are my sorting hat selections for Gryffindor! Phew, it was a toughie!

They are all people who understand suffering or rejection and despite their own suffering or emotions (which run close to the surface) they retain a deep sense of what they believe is right and wrong and will stand up for others before themselves or do what they do for others.

They are extremely passionate about whatever spurs them on but sometimes this passion can also be considered ‘hot-headed’ and sometimes it’s their own actions and lack of taking time to cool that lead them off the path time from time.

Let me know what you think! See you next week!