Hello my gorgeous followers! Hello to my gorgeous non-followers who have come across this page and are interested! Hello to any gorgeous people who have accidentally stumbled across the blog and realised they made a mistake! You are most welcome anyway!

I hope all is calm and bright and well.

My last post was five weeks ago and was titled ‘Hiatus‘ because I was on a planned hiatus. Funnily enough.

Me and my husband went to New Zealand for three and a half weeks for our honeymoon as it was a place that we wanted to go to for some time. We started off in Auckland and made our way through the centre of the North Island before heading through the South Island.

Honestly? Nothing about New Zealand disappoints. It’s an amazing country, the people are so friendly and welcoming and there is something about it that reminded me a bit of home so there was an element of comforting familiarity there too.

I could gush on for ages and show you 1,000 + photos but in short – it’s one of the best holidays I have ever been on and I’ll never forget it.

But….not only was the hiatus a break from the blog it was a break from regular life. This has meant that coming back home resulted in picking up three and a half weeks of everything and so coming back to the blog was a bit delayed.

I had over 700 emails in my personal inbox and many of those related to book blogs I follow. Sadly my attempt to go through and comment on everything everyone had done for almost a month was making me get quite stressed and so I made the executive decision to cut my losses and begin again from now.

I feel like I might be missing out on some epic posts but for sanity reasons I just couldn’t do it, however I am really looking forward to seeing my inbox blow up with everyone’s content because I have missed the blogging community.

Just quickly – you may see some (but nothing drastic) changes to the blog. I’ve done a new header and I’m trying to ‘brand’ my logos for posts and whatnot. I’m far from tech and blog savvy but I was beginning to get restless and dissatisfied with my blog visuals and layout and so I’ll be making some tweaks over the next month or so.

It’s trial and error and if someone really doesn’t look like it works. Please tell me. I have incredibly thick skin. Like an elephant or hippo. Which coincidentally is what I now resemble after eating my way through my honeymoon.

I will tell you this now….. I ain’t got much going on here.

The Alehouse at the End of the World by Stevan Allred

This was an ARC that I requested because it gave me a bit of a quirky ‘Terry Pratchett’ vibe. Unfortunately I didn’t love it and gave it one star. I won’t bash it about again but my review is here for the interested.

It wasn’t on my November TBR but I read it anyway (because I deviated massively from my November TBR) because I was ‘in the mood.’ I enjoyed it (didn’t adore it), but it was good enough fun and scored 3 stars from me.

I’m umming and ahhing over whether I’ll do a review only because I’m rethinking whether I do a review for every book I read. Those things are time consuming. But I have already written notes so….

I’ll think about it.

The Twisted Tree by Rachel Burge

This is an ARC of a book that is being released next year and I did have this one on my November TBR – yay! And I actually read it – yay!

As soon as I write up my notes into a cohesive written format I will post the review. Two stars.

That is it. Literally three books.

Well strangely I had plenty of free time. I was on two 30 hour plane journeys and a 3.5 hour train journey and a 3.5 hour ferry journey plus chill out time.

The reasons are pretty much – movies, beautiful scenery, sea sickness and…

I managed to do a lot of brainstorming and note taking on a new WIP and I’m trialling ‘the Snowflake Method’ approach to outlining because I suck at outlining and wanted to give something new a go.

This means November had an overall score of 2 which is a little on a low side.

But let’s see what December will bring!

Will I match November?

I really hope so and I hope to do better.

This is a cheeky cheat because I’m including it on the TBR but I read it last week. It’s December…. it counts. 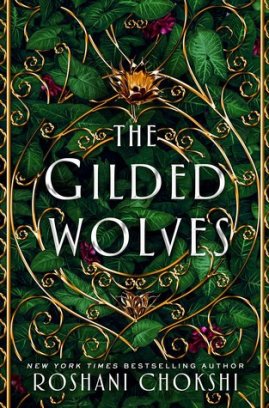 This is an ARC that I need to read before it’s published in January and I meant to get round to it in November but didn’t quite manage it.

It’s going to be ARC month for December and this is one that is released on the 27th December. It’s a historical crime fiction with a Victorian transgender protagonist. Why not?

You guessed it – an ARC!

This seems to be a historical fiction/ magical realism/ folklore story and regardless of when it is/ was published – I am here for it.

Due to be released 24th January 2019, The Flower Girls is a story about Laurel and Primrose, one is convicted for murder and the other is given a new identity and then nineteen years later another child goes missing.

I don’t usually ‘do’ crime thriller types but this looks super interesting.

Finally a Christmas miracle! Not an ARC!

I binge watched the tv series in October and though I know that the tv shows was more inspired by than based on this book I had a desperate urge to read it. I started reading it but then decided to save it up for nearer Christmas because Christmas Eve and ghost stories is a tradition that I want to do for myself.

All the way to New Zealand and back! Phew!

What books have you got planned for December? Has anyone read any of the ones mentioned? If so, I’d love to know your thoughts!

Look forward to hearing from you!

My enjoyment of this creepy AF book will last a million years as will that skin crawl feeling that silent companions are actually a real thing.
This weeks ‘book’ isn’t a book but in its way does tell a story.
I really don’t have that many spooky books to share for October but here is one which is delightfully creepy but in a fairytale way.
It’s the start of the spooky season but the problem I have… I don’t read a lot of spooky books 🤷‍♀️
I’m hoping to make this book four of the week! 😂
Next book on my list to read is The Silence of the Girls by Pat Barker. I’ve been putting off reading it though I don’t know why.