Ah villains. Love to hate them or hate that you love them?

Sometimes the villain has their reasons and really they should have their reasons as it makes them a multi-dimensional character (even if one of those reasons could just be to cause as much chaos and destruction as possible).

These reasons could make it so that black and white become shades of grey and therefore invokes a sense of sympathy from the audience. Sometimes, despite their reasons, the villains actions are so reprehensible that they are irredeemable.

We can enjoy villains despite their actions but still recognise that they are vile.

There can also be an interesting ‘Draco in Leather Pants’ effect where people love a villain a little too much and downplay or rationalise their actions to make it seem that they are heroic or sympathetic, even in cases where this really isn’t the case. Case in point: Healthcliff. Seriously.

But I think that’s another post for another time.

I’m actually going to focus on my favourite villains from fairy tales and no… just because they are my favourite fairy tale villains doesn’t mean I like them or excuse their behaviour. Just…no. You’ll see.

The story of The Steadfast Tin Soldier is one of suffering, pining and an evil Jack in the Box that isn’t just evil because, let’s face it, it’s a creepy AF toy but because there is something else i.e. possession going on.

This is a story of obsession and another kind of possession. The titular soldier loves a paper ballerina from afar. Unfortunately the Jack in the Box also ‘loves’ her and decides to remove the soldier from the picture by throwing him from a window.

It’s toys but it’s a story of love and death. And a murderer. 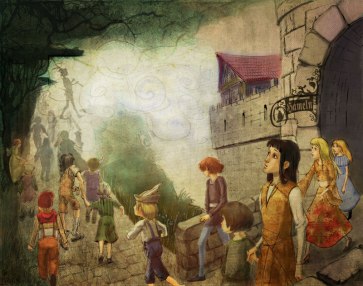 The Pied Piper of Hamelin has an entire story dedicated to him but does that mean that he’s the hero? No. No, it doesn’t.

In this story a town called Hamelin is rife with a rat infestation until one day a piper comes along and leads the rats to the rivers to drown by using his magical pipe. He is supposed to have received payment for this act from the mayor but things turn sour and he doesn’t.

Now while I don’t agree with renegading on a promise, the piper embarks on something called disappropriate retribution and he becomes the villain of the piece. How? Well he threatens to use his magical pipe to lure all the children from Hamelin away, never to be seen again. 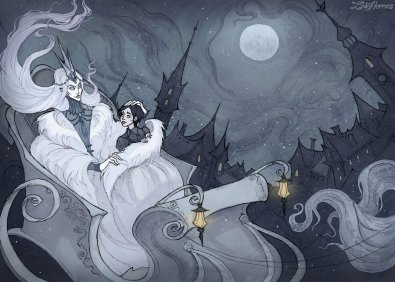 Before Disney came along and made the Snow Queen a glamorous blonde with a belter of a voice she wasn’t nearly as sympathetic and, like our piper friend above, was prone to a bit of child stealing.

She comes across two childhood friends – Kai and Gerda – and for reasons unknown to anyone but herself, she takes an interest in Kai, enchants him with her kiss and steals him away.

As a villain she is enigmatic and strangely absent throughout the story. This only serves to heighten the unease as to her motives and at the end we are never really sure if she has actually been defeated. 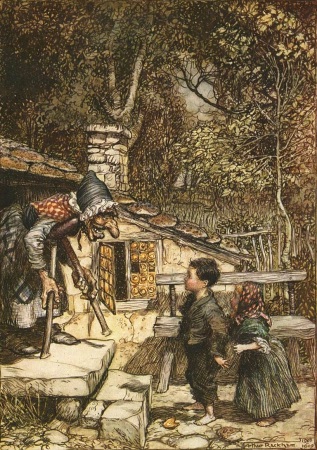 Which witch is which?

Fairy tales are filled to the brim with witches and the one that I have selected is the witch from Hansel and Gretel. Fairy tales love doing horrible things to children, this is partly due to the fact that they served as cautionary tales told to children to warn them of dangers.

Now I think Hansel and Gretel has far more villains in it other than the witch but that’s another post for another time.

I quite like the subversion’s that have arisen from this particular tale but if we stick with the source material we are looking at a witch who lives in the woods, in a house made from all things scrummy just to lure children towards her so she can eat them.

This is actually one of my favourite fairy tales because I am clearly twisted. One of the reasons that I enjoy Bluebeard as a story so much is because the titular character is such a nasty piece of work that you feel tense for the heroine and hope for the villains downfall.

If you don’t know who Bluebeard is let me tell you – he is a rich and charming ladies man who owns a large estate with a mysterious room and a set of keys.

Except he isn’t. He’s a misogynistic wife murderer whose mysterious room contains some horrors and he serves as a particularly nasty fairy tale villain.

So here are my top 5 (fairy tale) villains for this weeks subject. Who are your top 5 villains? Any of the above strike you as particularly nasty?