Although I will read anything my grubby hands can touch, my first love is fantasy and usually anything that contains

is what those grubby hands will reach for first.

Magical systems can be gloriously complex or surprisingly simple. Sometimes the magic system is well-thought and designed to the nth degree and sometimes its so flimsy that if you peered hard enough you would see it crumble like a cake.

There appears to be a need for rules.

In my own writing journey I have found that the following areas/ questions are often asked when an individual is considering creating a magic system within their world:-

In my humble opinion a flimsy magic system can be just as fun as one that has taken years to build. Sometimes

is fun simply because it happens to be

and frankly that’s good enough for me!

If you haven’t read Jonathan Strange and Mr. Norrell and you love magic systems and fictional alternative histories than I suggest you tackle this beast! And a beast it is at something like 1000+ pages.

At times it’s a little heavy with the world building but this has one of the most complicated (yet interesting) magic systems that accurately borrows aspects from fairy tale and folklore.

This is a ‘magic coming back into the world’ book and is a story about two magicians who have very different magical methods and their very different methods begin to cause some strife in their lives.

Mr. Norrell is a magical purist who considers himself a ‘learned’ magician on account of his magic books and spells but doesn’t really want to contribute to society via his magic in any way. This isn’t always a good thing. Jonathan Strange is younger, impulsive (and more unstable) magician who wants to explore what magic can do. This isn’t always a good thing either.

This book goes deep into its fictional historical routes of magic and delves into the other characters who either also use magic or have been impacted by it.

A Song of Ice and Fire is also another ‘magic is coming back’ book in a world where a rich magical heritage disappeared.

Why it disappeared is anyone’s guess and how it came back (and why) is also anyone’s guess but it appears to be connected to the re-emergence of the White Walkers north of The Wall and the re-birth of dragons. I have questions:-

George R.R. Martin will never answer these. I will never stop hoping he finishes the series.

I also enjoy the magic that is tied to the varying religions. For example Melisandre who follows a light and fire based god obtains her magic by…. burning people. And also you would not want to be her gynaecologist. 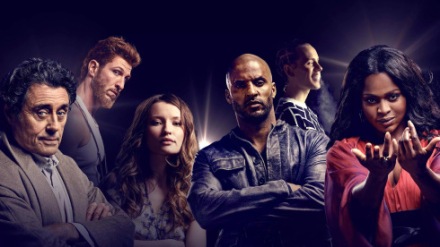 I want to include a Neil Gaiman on here and so I will go with American Gods.

The magic is performed by gods and they can do magic because they are gods. Some would say this means what they do falls under the remit of miracles but in honesty… not all they do is good.

The magic performed is dependent on the god and what their original purpose was. For example, Eostre (the pagan goddess of spring and fertility) is very good at doing spring like things including the awakening of life…

My very favourite thing about American Gods is the limits of the gods. Despite being gods they are extremely dependent on people as it is people’s belief’s that power’s them. No belief = no worship = no power = cessation of existence.

If I’m ever given a chance to include The Bartimaeus Trilogy on a blog post than I’ll take it because I’m not going to rest until more people have read these books.

Like Jonathan Strange and Mr. Norrell listed above these books are also based on fictional alternative histories where magic and magicians exist. The difference is this is set in modern times and is much more political in that magicians are also politicians and in power simply because they can use magic.

The story follows Nathaniel who is a talented but young magician as he begins his ascent to power, Kitty who is a commoner who despises magicians and is immune to magic and the sassiest character ever created – Bartimaeus. Bartimaeus is a djinni who exists in The Other Place.

This is the magician’s secret – they have the ability to summon djinni’s and enslave them but it is the djinni’s power that is the real magic.

Hijinks of most awesomeness ensue.

In Carnivale, hijinks most definitely do not ensue.

This is one of the few non-book examples that I will use but I really enjoyed Carnivale in all its gritty, depression era misery and the magic and mythology around it really interested me.

Carnivale is essentially a battle of good vs. evil all played out around a travelling carnival show. It didn’t last too long as a series which is a shame but if you like creepy – go and watch this.

The great thing about the show was that in the first season you had both avatar’s but you weren’t too sure which one was which.

This has extensive (and often complex) world building and the mythology reaches back generations. The magic in this world is often linked to the avatars and the impact that they have on their environment and the people that travel with them.

So here are my five this week? What do you think? What are your favourites? Has anyone other than me watched Carnivale??

I’m not in the mood to write a really long caption today so thought I would post a pic of a book I read so long ago that I can’t remember what I would actually write in a review of it 🤦‍♀️
I’ve finally started watching the Disney (or Marvel…whatever) tv series ‘Loki’ this week. Two episodes in and I’m suitably confused but enjoying it.
It’s been a while since I’ve posted photos of my gorgeous girl.
This week contained the Mexican day of the dead so I thought it appropriate to crack open my copy of Mexican Gothic.
Happy Halloween!
My enjoyment of this creepy AF book will last a million years as will that skin crawl feeling that silent companions are actually a real thing.