Well who’d have thunk it? The theme for September’s Book Tag is Friendship and this topic crops up on the Top 5 Wednesday group!

There must be something in the water! Either that or September has all of us thinking of ‘back to school’ and seeing friends again (even if for some of us it has been years since school was even a factor).

For the post I did for the Book Tag/ Book Theme I mentioned my top 3 writers who wrote about friendship rather than my top friends so for this one I feel like I have to put the effort in and think of some friends!

The problem I have is this post refers to friendship ‘groups’ and not just ‘friendships’ which means I am now racking my brains to think of friends who are in multiples of 3+ rather than a pair.

Before I delve into my Top 5 I am just going to clear this one out of the way immediately. 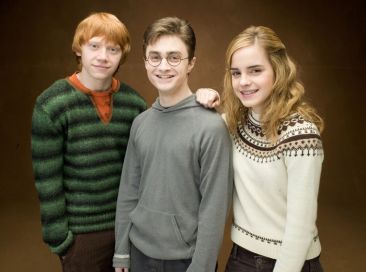 Yes I do actually love them but no they’re not in my top 5. They’re going to be in everyone’s Top 5 so I am trying to avoid putting them in mine. But yes, I do love them.

Call this one a freebie!

This is such a cheat on my part and I’m so sorry.

I adored Uprooted by Naomi Novik and one of the reasons why is because of the friendship between Agnieszka and Kasia. Here are two girls that are completely different in terms of their personalities and supposed destinies. Agnieszka is a messy, clumsy woodland loving woman who will get to be free while Kasia is beautiful and delicate but is being pushed to be the best at everything because she will become the maid that is taken by the Dragon.

The Dragon (a man and wizard) doesn’t take Kasia but Agnieszka. Despite her messy, clumsy woodland loving ways Agnieszka possesses a natural ability for magic and so the Dragon must reluctantly teach her.

Despite their surface level differences these women have cores of steel and refuse to sit back and let evil destroy their lives. They just choose to do it in different ways. Also, despite some ‘issues,’ the love they have for each other is strong and ahem, roots them to the world.

I’ve chucked the Dragon in there to make up a group but he’s more of a grumpy, reluctant passenger in their friendship and (spoilers) takes on more of a romantic than friendly role to one of the women.

But I wanted to include Agnieszka and Kasia. So here they are.

Kirsty, Claudia, Mary Anne, Stacey, Dawn, Mallory or Jess? Which one of The Baby-Sitters Club were you?

I was legitimately obsessed with these books when I was younger and occasionally I reminisce about them and what it would be like to read them again. It’s only now that I aged, *mumble mumble*, realise that no way these girls aged 13 and 11 should have been responsible for the children they were responsible for! Or put in the situations that they were put in!

I grew up in a village and when I was a teenager (aged 16 – 17) I was pretty much the village babysitter and I can tell you that I barely coped with some of those kids!

But despite me looking back with clearer glasses on this series and being dubious over this whole ‘baby-sitting’ thing they had going on I still think they are one really great group of girl friends who were lucky to have each other.

We’ll ignore the fact that Queen Levana is in the mix but aside from her I quite like The Lunar Chronicles gang. Iko is missing which is a shame but she is very much included in my mind.

I don’t have much to say about this lot other than they are good fun. The Lunar Chronicles was a light, fluffy cupcake of a read which went down deliciously without necessarily providing any nutritional value. For me one of the reasons why I found it so delightful was the characters and their relationships.

Despite the fact that a lot of the above didn’t really want to be working together it became one of those ‘fire-forged’ situations where they just rolled up their sleeves, rebelled against a dictator and realised that they would still meet up for hang-out’s once the war was over. 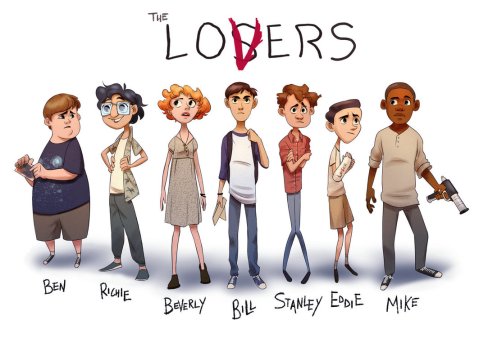 Confession: I am too scared to read anything that Stephen King first wrote. I’m talking about Carrie, ‘Salem’s Lot, The Shining and of course… IT.

I read a little at a mum’s house when I was a teenager and promptly put her book back and spent the entire sleepover trying to convince a friend to come with anytime I needed the bathroom.

I like to think that I could manage it now but then I have watched the TV adaptation of IT and well… I’m not so sure.

Massive kudos goes to The Loser’s Club of IT. You know your friends are ride or die when you literally have to erm… ride or die.

They go their separate ways in adulthood before they have their reunion. Again, its not for pleasant reasons but the bond they have has never gone away.

Friends that slay together, stay together. Am I right?

Though technically this is not a book but a TV series I can’t have a blog post about friendship groups and not include The Scooby Gang from Buffy the Vampire Slayer (I also feel like to be in a proper group, you must name it).

I know that these are also fire forged friends and with a heavy dose of supernatural goings on and super abilities and witchcraft we are not talking about your standard pals (apart from Xander) but despite all that I feel like the arc of this groups friendship is one of the most realistic.

They fancy each other at times, they fight, they get jealous, they say hurtful things when upset, they introduce romantic relationships which unsettles the friendship balance, they grow-up, move out, move on, grow up, screw up.

They also support and forgive and love.

I think they have always been my friendship goals.

How do you feel about my friendship groups? Do you think you would fit nicely in with any of them or are there any that I couldn’t pay you to join?

Mine and Huw’s ‘40 Things to do When 40’ involved a picnic so we loaded a basket filled with brekky goods and toddled off to Painshill Park.
No book review this week but instead here’s mine and Huw’s gurning mugs.
I’m currently reading The Betrayals by Bridget Collins so thought I would share my thoughts on The Binding, her first adult book which led me to pick up The Betrayals in the first place.
Hello!
Happy 40th birthday to my wonderful husband @globetrotter01
I got *very* excited because I ordered myself a book cart to sit in my conservatory (aka the reading room) to house my TBRs and it arrived today.