I am on it this week!

In some strange, new twist of events I am doing a Top 5 Wednesday on a Wednesday! In an alternative universe someplace… hell has just frozen over.

I won’t be doing a Top 5 Wednesday next week as I’ll be doing the whole ‘getting married’ thing and so should probably prioritise that (!) but this week I am doing my Top 5 ‘Favourites You’d Like to Revisit.’ Now my disclaimer is this… some of these are favourites and some aren’t. The ones that aren’t are books that I would like to revisit for a different reason – namely because I didn’t understand it first time around or because I think some things may reveal themselves better on a second reading.

One of my favourite literary devices is foreshadowing and if I had the time I would go back and read all the books with foreshadowing, just with the knowledge of how the story ends so I can pick up on all those bits I’ve missed!

I adored the Night Circus when I read it waaaay back when and although I can remember how I felt about it and the overall story I can’t remember the specifics. This is no reflection on the book or how I felt about the book because I truly adored it. I would love to read it again because I want to immerse myself back in with the characters and the setting and I feel like I could take even more of my time second time around and really indulge in it rather than just gobble it down.

The reason why I am cautious to re-read it is because I’m too scared I won’t love it as much second time around. 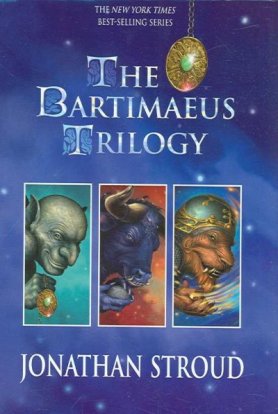 It pains me that The Bartimaeus Trilogy is as unsung as it is. If there is ever a Top 5 Underappreciated Books this is 100% on the list. If I’ve said it once, I’ve said it a million times – The Bartimaeus Trilogy is the glorious trifecta of interesting characters, intelligent plot and detailed world building topped with excellent writing and elements of pathos and humour.

Why aren’t people reading this?!

I would definitely revisit this because this is a diamond of a book series.

I read Reaper Man many, many years ago during one long, hot summer.

It was my first ever Terry Pratchett book and while I enjoyed it very much I don’t think I fully appreciated it. When I read more Discworld novels I came to understand that this was a whole, wonderful world constructed from a brilliant and witty mind and that this Death as a character was as unique a creation as any writer could imagine.

I didn’t think I ‘got it’ first time round but I get it now. I’d like to revisit definitely! 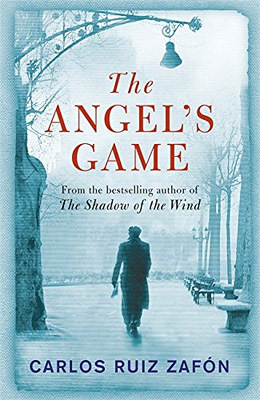 The Shadow of the Wind is an amazing book by Carlos Ruiz Zafon and is one that I remember very vividly. The Angel’s Game is a loose sequel of sorts and whilst I don’t personally think it’s as good, it’s still very brilliant.

I’m trying not to spoil anything but sadly I think I will end up doing so by default so I do apologise. The reason why I would like to revisit this is because of one particular character and the interpretation of who that character is and whether any ‘clues’ could be picked up second time around.

Me and my brother actually had a really long conversation as to whether this particular character was:-

b) A figment of another characters imagination

Yep. It’s that kind of book.

I love Agatha Christie. I’m seriously impressed at how someone managed to invent so many murders in their head and write quality books about them.

And Then There Were None is a very very good book by Agatha Christie. I would revisit simply because of the inventive deaths (I’m morbid!), claustrophobic and atmospheric settings and detailed and intricate plot.

Another reason I would revisit is down to the ‘knowing the ending and wanting to see the hints’ throughout the book factor. This is a clever book and is surprisingly enjoyable despite its subject matter and I want to revisit because sometime knowing how it ends makes it sweeter – or more bitter – somehow.

Let me know your thoughts on the above and what your Top 5 revisits would be!

6 thoughts on “Bookish: Top 5 Wednesday – Favourites You’d Like to Revisit”