Unfortunately punctuality has never been a strength of mine.

Now before I begin my Top 5 I’m going to take you on a little journey. Summer. Ah summer. When the days are longer and warmer and little dangerous flying things try and get you. Summer is, absolutely, 100%, not my favourite season. Give me the cool, crisp autumn or the gentle breezes of spring any day. Summer for me equals sunburn and hydration issues. Plus my legs look like they should belong to a ghost so I’m hardly at my most aesthetic.

But… there’s still something really appealing about summer and the lazy haze of it all. Holidays, blue skies, sundresses, the slight smell of coconut sun-cream. There are some pluses to it after all.

I live in what is a quintessentially English part of the world. I kid you not. It’s as cliche as it comes but is grounded in truth. I grew up in Jane Austen world and I live in Jane Austen world and the town where I grew up had cobbles and sewing shops. My grandparents once had a small-holding farm and I spent a large portion of my childhood summers there. Sometimes I roll my eyes because I realise I was living a bloody Enid Blyton existence.

Summer in England does bring all those niceties to the front. At least it did in my Jane Austen world. Strawberries? Yep. Pimms or Prosecco? Obviously not when I was a child (!) but yep. Cricket. Boring. But yep. Summer fairs and festivals and travelling to the sea-side and getting tooth ache on Brighton rock. Yep, yep and yep.

It’s cliche, it’s trite, it’s so bloody English it hurts and it was (and still is) my summer. This is why you see us getting all excited over Royal weddings. We love bunting. It’s like a ridiculously twee thing but I see bunting and I’m like, ‘oooh.’ 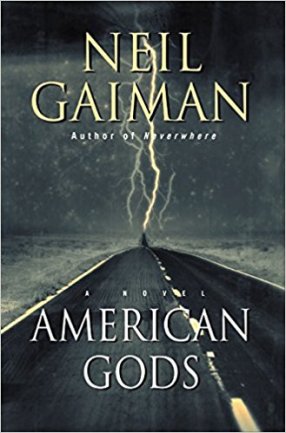 I’ve gone back to America several times since and will continue to keep going back if I’m so lucky because it’s such a varied and interesting country and there is nothing about it that will ever get boring.

I always think of American Gods when I think of summer for these three reasons:-

I guess for me summer = Shadow. 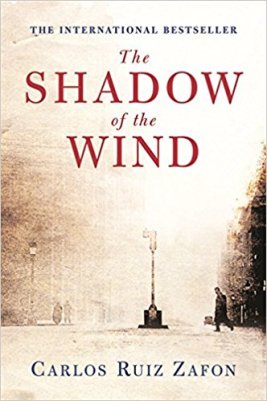 Let me say this now – if you haven’t read this book then you have to. Seriously, you have to.

Shadow of the Wind is a complex but well written story with engaging characters set in Barcelona during the Spanish Civil War and there is an intricate story within a story and the sense of mystery and doom and history repeating itself and fate and… honestly… just read it. It’s glorious.

This is on my summer reads as my book snob brother recommended it to me (I absconded with his copy) and read it while travelling to and during my holiday in… Barcelona. I hadn’t a clue that the book was set in Barcelona when I took it on holiday with me but it was a really pleasant surprise and I say really pleasant because reading about a place in a book while you are physically in that place adds an extra dimension to the story.

I recommend doing that to everyone. 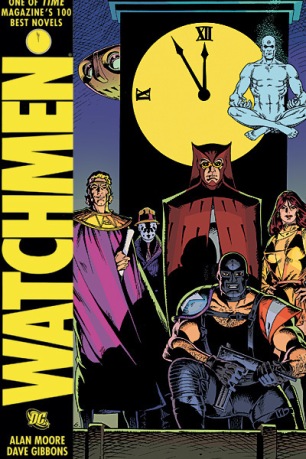 But the graphic novel….

This is some good sh*t right here.

The movie was Watchmen light. It would never have been able to touch on all the themes and complexities presented within the graphic novel and I’m really glad it didn’t try. The Watchmen also contains a story within a story and several subplots that you think are not at all connected until suddenly they are and have been all along and all those things in the panels you’ve ignored? Go back. Look at them again and you will discover foreshadowing and answers aplenty.

This is on my summer reads for this reason…

My best friend and I had one of our very English picnics and she lent me this. She read her book and I read Watchmen. A Golden Retriever ran across the park and stole our chicken (seriously we are so effing English) and we ate our strawberries (told you).

I read it all through the night and into the early hours of the morning, maybe 4 or 5 am. Problem is the next day was a Monday and I had work. What was I going to do? Stop reading? No no no no. I called in sick and told them I had a stomach thing. Yeah. Oops.

Disclaimer – not my current place of work! This was some years ago. Now I only exhibit this lack of self control on weekends sadly. 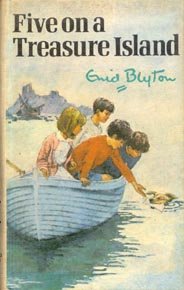 My childhood was not quite ‘lashings of ginger beer’ but as I’ve already mentioned above – it got close. When I think of childhood summers I think of lounging around on the grass in bare feet with our Yellow Labrador (soooo English, gah) running around, running through an upside down hosepipe and reading all the Enid Blyton books.

I haven’t touched these in years but I think summer I think Enid. 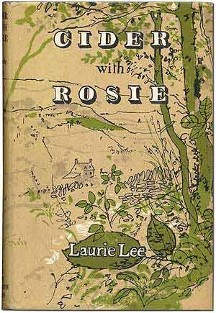 This is a cheat one as I’ve never actually read Cider With Rosie but there is something about it which has always made me think of summer. Probably because it seems to be the representation of an English summer.

What does it have?

Did I…. did I live Cider With Rosie?!

Methinks I need to check this book out.

So those are my summer reads and a brief visit to my twee English summers (which I wholeheartedly love looking back and would never change).

Now, I’m off to quaff some prosec.

What are your summer reads? Chuck me some recommendations, you know I love them!